The Fine Art Of Stained Glass 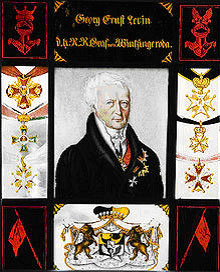 A large Perpendicular style Gothic window of eight lights in Canterbury Cathedral, c. 1400, which contains medieval glass.
The term stained glass can refer to coloured glass as a material or to works made from it. Throughout its thousand-year history, the term has been applied almost exclusively to the windows of churches and other significant buildings. Although traditionally made in flat panels and used as windows and in stained glass doors, the creations of modern stained glass artists also include three-dimensional structures and sculpture.

Stained glass, as an art and a craft, requires the artistic skill to conceive an appropriate and workable design, and the engineering skills to assemble the piece. A window must fit snugly into the space for which it is made, must resist wind and rain, and also, especially in the larger windows, must support its own weight. Many large windows have withstood the test of time and remained substantially intact since the late Middle Ages. In Western Europe they constitute the major form of pictorial art to have survived. In this context, the purpose of a stained glass window is not to allow those within a building to see the world outside or even primarily to admit light but rather to control it. For this reason stained glass windows have been described as 'illuminated wall decorations'.

The design of a window may be non-figurative or figurative; may incorporate narratives drawn from the Bible, history, or literature; may represent saints or patrons, or use symbolic motifs, in particular armorial. Windows within a building may be thematic, for example: within a church - episodes from the life of Christ; within a parliament building - shields of the constituencies; within a college hall - figures representing the arts and sciences; or within a home - flora, fauna, or landscape.